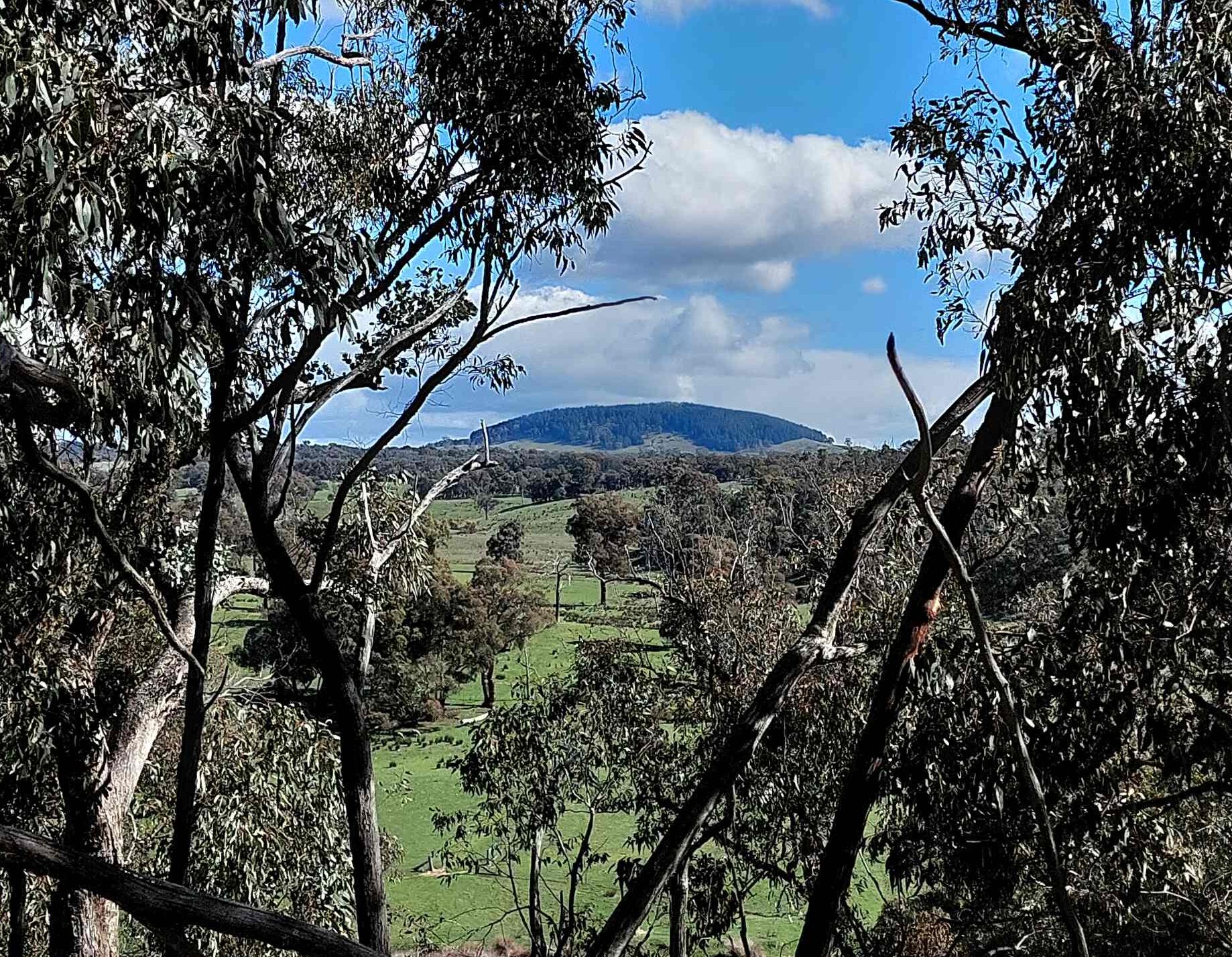 The drive to the starting point is almost worth the ticket price itself, with expansive views through fertile countryside and historic farmscapes.

Mr Blue Sky (named after the song) begins with high ridgetop views across the northern slopes of the Great Dividing Range, including the iconic Lalgambook (Mt Franklin) before winding it’s way alongside an extensive basalt seam through old and intact open box forest. Seasonally flowering native shrubs and plants create a colourful ground cover and contrast well with the numerous rock forms. Along the way, Tarilta Falls is an added feature in the landscape, though it would take some exceptional rainfall to really create a cascade. The single foot track through the forest for this half of the walk adds to the sense of seclusion and exploration.

The half way mark is at a grassy river flat beside a seasonal creek. Just the place for a quiet rest. The return leg is easier walking on vehicle/4wd tracks with some fine eucalypt and stone embankments along the way.

Mr Blue Sky is an invigorating walk. It requires a fair effort, but rewarding experiences always do.